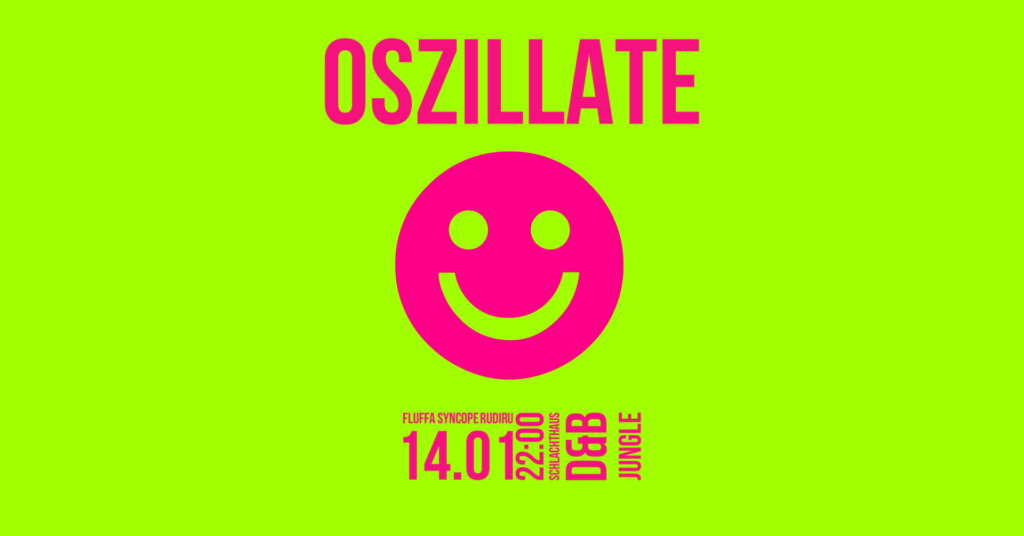 Liebe Freund*innen der gebrochenen Beats und der tiefen Bässe:
es ist endlich wieder soweit: Am Samstag, den 14.01.2023 veranstalten wir wieder eine Oszillate x DeepBassMusic
///Lineup (DnB/Jungle/Breaks)
SYNCOPE
FLUFFA
RUDIRU
The AI said:
People should join our drum and bass party because it is guaranteed to be an unforgettable experience. The atmosphere and music will be electric and the people will be passionate. Plus, there will be plenty of opportunities to dance and socialize with fellow ravers. It’s the perfect way to celebrate the music we all love with like-minded people.
///Artists
//Syncope
In the sets of Syncope there is a whole range of drum & bass subgenres to discover. Everything that sounds spherical-melodic, dark and broken or deep and driving is on the plates anyway and everything that sounds somehow different usually does too. As a DJ, Syncope has been on the road a lot in the Cologne area and was a guest at various parties and part of the drum & bass radio show 12 Zoll at the Hochschulradio Kölncampus.
//Fluffa
Fluffa ist seit mehr als 10 Jahren im Tübinger Raum als DJ unterwegs und bewegt sich vor allem zwischen Jungle, Drumfunk und deepem Drum and Bass. In seiner cogehosteten Radiosendung “At the margins”, als auch bei den Sets seiner Partyreihen „Kinder der Nacht“ (mit Fokus auf Breakbeats/Electro/House) und „Oszillate“ ist er immer darauf bedacht, die Genregrenzen nicht zu ernst zu nehmen. So testet er gerne auch mal die Hör- und Tanzgewohnheiten, sowohl seiner Zuhörer*innen als auch von sich selbst aus.
//RudiRu
Bitte kommt getestet! 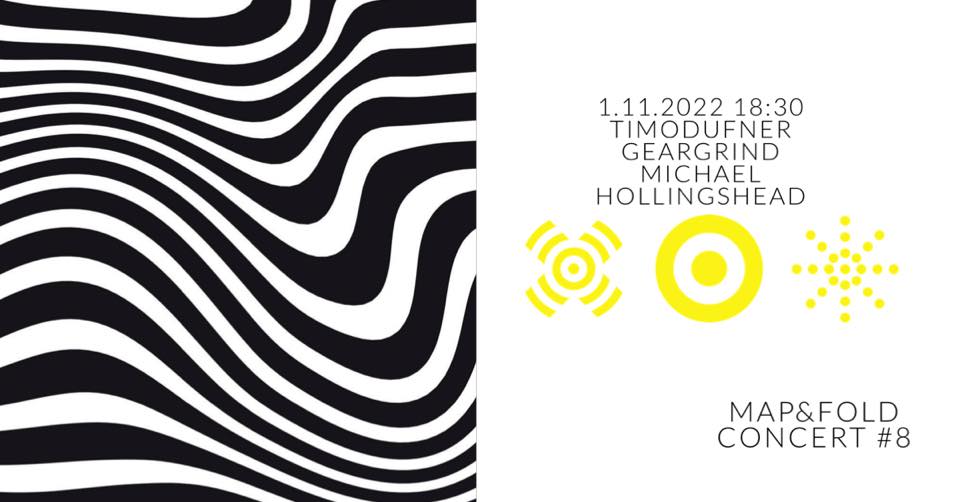 # Geargrind
Geargrind extemporises electronic music, live, with only little preparation before each show, which makes every performance unique. No software is involved in any of his shows. Instead, he uses digital and analog instruments to create a sound that oscillates between spheric-synthetic ambient sounds and hard acid trance.

# Michael Hollingshead
„The Californian born ambient experimentalist channels his roots in the reverb drenched garage and surf rock west-coast soundscapes of his youth, combined with lush cycles of deteriorating and pulsating sound loops- a marriage of tones peppered by the surfy punk rock guitar of East Bay Ray to contemporary ambient endeavors like Portland based ambient artist Amulets“ 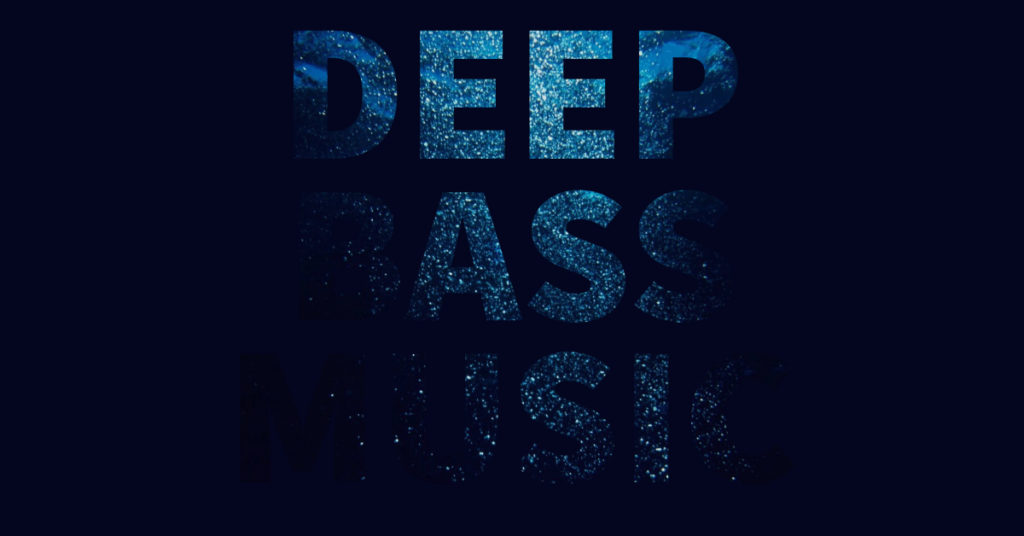 DeepBassMusic is back. Bassmusic, Jungle & Rave all night long with:
Philo (Précey/ jungletrain.net, Köln)
Syncope (Oszillate, Tü)
PapaLoco (DBM / Oszillate, Tü)
Visuals: das Shining
Our Guest:
Philo proves you don’t need decades of experience to understand and push boundaries of a genre. With national and international recognition, Philo’s originally vinyl-exclusive selection has evolved over time into a digital hybrid in the pursuit of the best possible sound. Characteristics of her eclectic selection involve rough UK bass, which is somewhere between breakbeat, half time, dubby bassbin jungle and footwork with a splash of classic 90s aswell as house influences according to the maxim ” keep moving forward“!
Not long ago she started producing and released her first tune “Zooma Patrol” in cooperation with Moogie Fox on the berlin label Headlight Records – her first solo-release is gonna be out in beginning of 2022 on the Brazilian Label Nice & Deadly – more to come!
In 2021, together with Marie Montexier and Aino DJ, she founded the event series Précey, which focuses on female and non-binary artists to push the scene in Cologne.
She also hosts her radio show on jungletrain.net 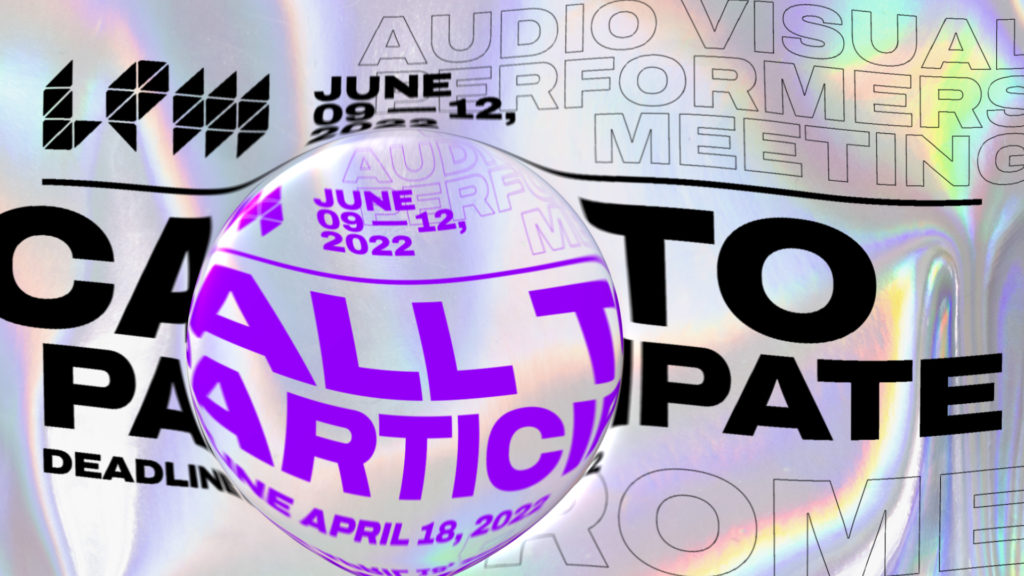